Grants and reliefs offered included support for: employment, the beleaguered hospitality and tourism industry and included green initiatives as well as a novel scheme to get us to eat out in August.

The expected reduction in VAT was confirmed but was restricted to the hospitality and tourism sector. An across the board decrease was rejected.

To boost the flagging property market Stamp Duty is being reduced in England and Northern Ireland. Separate announcements on this topic are awaited for Scotland and Wales who have their own stamp duty regimes.

A brief summary of the changes announced yesterday – 8 July 2020 – are listed below.

In an attempt to encourage employers to bring back furloughed employees and provide them with gainful employment, employers that bring back an employee, who was furloughed, and that continuously employs them through to January 2021, then a new Job Retention Bonus will be paid amounting to £1,000 per employee retained. Employees must be seen to be gainfully employed during this period and be paid a monthly average wage of at least £520 a month (November 2020 to January 2021).

The new scheme will benefit employers that are prepared to create new jobs for young people (16 to 24-year-olds) who are at risk of long-term unemployment. The scheme will cover the wages (plus associated overheads) for six months. To qualify, these must be new jobs that offer at least 25 hours a week for youngsters paid the National Minimum Wage or above. Employers will need to provide training and support to find a permanent job. Employers can apply to benefit from this scheme from next month – August 2020. Government has made an initial £2bn available, but there is no cap on the number of jobs that can be created.

Employers that create new apprenticeships for the next six-months will be eligible to claim a new grant. The amount claimed will depend on the age of the apprentice.

From September 2020, home owners and landlords will be able to apply for a grant to make their home more energy efficient. The grant will cover at least two-thirds of the cost up to £5,000 per household. For low income households these grants will cover all costs up to £10,000.

Boost for the housing market

In an attempt to encourage homeowners and prospective buyers to step into the housing market, government is offering a temporary reduction in Stamp Duty Land Tax (SDLT) in England and Northern Ireland (regional variations may apply when announced). At present, no SDLT is payable on residential property purchases below £125,000. From today – for a temporary period to 31 March 2021 – this threshold is increased to £500,000. Accordingly, if you buy a home after today and before 31 March 2021, and you spend less than £500,000, you will have no SDLT to pay. It is projected that this will reduce the average stamp duty bill by £4,500. Please note, regional variations may apply and if you buy a second residential property in the same period you will still have to pay the 3% Stamp Duty Land Tax additional rate for property purchases up to £500,000.

VAT reduction for hospitality and tourism

In a much speculated change, for the next six months VAT charged on food, accommodation, attractions, and other services in restaurants cafes and pubs, cinemas, theme parks, zoos and more will see VAT reduced from 20% to 5%. This will apply from 15th July 2020 and will end 12th January 2021. From the later date rates will resume at 20%.

Eat Out to Help Out discount

Next month, it would appear that the Chancellor wants to encourage us to eat out. In a novel approach to boost the hospitality and tourism sector, meals eaten at any participating business Monday, Tuesday or Wednesday, during August, will attract a discount of 50% up to a maximum discount of £10 per head including children. To participate in this scheme eligible businesses will need to register and can do so through a website to be opened next Monday.

The above update summarises the main points announced yesterday (8 July 2020).

On Friday the Chancellor outlined a new flexible coronavirus job retention scheme (CJRS) to apply from 1 July, and tapered government support for employers from August onwards.

It was no surprise that financial support for employers will start to taper off, but it was a surprise that flexible furloughing will be introduced a month earlier than expected from 1 July.

This amounts to a new CJRS from 1 July, which requires no minimum furlough period. However, no new employees can be furloughed for the first time from July.

A furlough period for any employee who has not previously been furloughed will have to begin by 10 June in order for 21 days of furlough to be completed by the end of the old scheme on 30 June. It will not be acceptable for furlough to begin after that and extend into July to make a three-week furlough period, as the rules change on 1 July.

The financial support does not change for July, as the government continues to pay:

Once the new rules are in place, employees can be furloughed for any length of time, even down to a few hours, and work the rest of the pay period, subject to the employer gaining their agreement in writing.

The challenge here is that the government is trying to develop rules and guidance that cover all types of contract. I predict problems in particular for workers on zero hours. How do you work out what the “normal hours” are for zero-hours workers?

We won’t get the answers to such questions until 12 June, when the government promised to release more guidance. Presumably this delay is based on a concern that any guidance provided before 10 June might allow people to game the system. In my view, however, the vast majority of reputable businesses need that guidance now, not in a fortnight’s time.

Some employers have put off making any CJRS claims, particularly those with close to 100 employees on furlough. They may have done so in the hope that HMRC would allow spreadsheet uploads of employee details for smaller businesses, but there seems no prospect of that now.

Those reluctant employers need to make their CJRS claims now because no new employers (as well as employees) will be admitted to the new CJRS scheme from 1 July. The CJRS claim needs to be made in June and backdated to mid-March, given that was realistically the earliest furloughing date. An employer who has made already made a claim will be able to make their final claim for any period up to 30 June 2020 by 31 July, but it looks as if there would need to be two claims then, one for furlough periods up to 30 June and one for July.

It’s important to see 30 June as the end of the CJRS under the rules as provided for in the current legislation with a new scheme beginning from 1 July.

Under the “new” scheme from 1 July no CJRS claim can contain more employees than in any claim up to and including 30 June 2020.

This will be interesting given the outstanding technical problems payroll professionals are still having. Certain claims can’t be made without HMRC intervention because the validation to the February 2020 FPS doesn’t work where employees have been:

All of these situations are permissible, but the CJRS mechanism blocks the claim.

Another stumbling point in the new flexible CJRS is that any hours worked will need to be paid at or above the national minimum wage (NMW) rates, which increased by the highest ever amount from 1 April 2020. Given there have been lots of issues with employers misunderstanding the operation of salary sacrifice, and the fact that claims should have been based on post-sacrifice pay, it’s likely that salary sacrifice and the interaction with the NMW wage will cause trouble after 1 July.

Under the new CJRS employers will need to report “hours worked” and “usual hours”. Is the choice of the word “report” crucial?  This implies that a report needs to be done through RTI as otherwise I would have expected the guidance to say “hours will need to be included in the claim details”.

Financial support will change from 1 August as follows:

It is important to note that the reduction in wage support doesn’t allow employers to change the employees’ terms and conditions to reduce pay to these new levels. Employees must still receive 80% of normal pay, so the employer will have to make up the difference. Yesterday the Chancellor announced various measures to help both businesses and employees. The following links give a lot of detail into what has been put in place so far to help:

More information will follow in the next few days and we will update you when we know more.

We are here to help so please get in touch if you have any queries on 01242 370278 or email office@wfrancisandco.co.uk

The UK Government have postponed changes to IR35 tax rules from April 2020 to April 2021. For more information please follow the link below:

On Wednesday 11 March 2020, the Chancellor of the Exchequer announced in his budget £7 billion of extraordinary measures to help support businesses and individuals who will be affected by the COVID-19 Coronavirus outbreak.

A brief summary of the Budget in respect of the Coronavirus is as follows:

If you have any questions please get in touch by emailing office@wfrancisandco.co.uk or call 01242 370298.

Yesterday, the Chancellor Rishi Sunak delivered his first Budget in the House of Commons, announcing the government’s tax and spending plans for the year ahead. Please see the link below that summarises the key points: 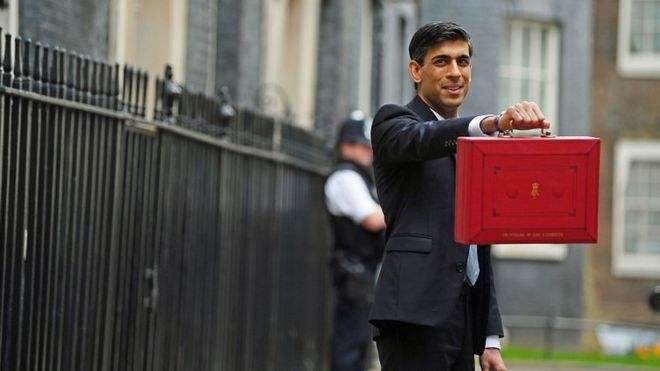 The Money Matters event last night for Cheltenham Wellbeing Festival was a success!

We hope that everyone who attended found it useful! The below link explains that the introduction of the VAT domestic reverse charge for construction services that was due to be introduced in October 2019, will be delayed for a period of 12 months until 1 October 2020.